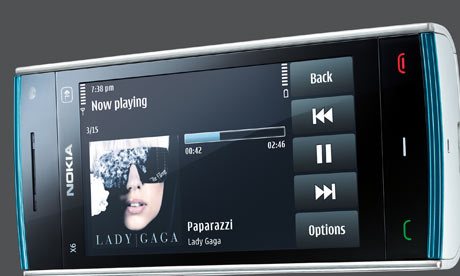 Nokia says parts for its phones are not made on the Wintek production lines that have used n-hexane as a screen-cleaner.

Workers at a Chinese factory that makes parts for mobile phone companies including Nokia have been in hospital for months after being poisoned by a chemical used in production.

The owner of the plant says it stopped using the screen-cleaner n-hexane in August last year after 47 workers were taken ill. But the lingering effects of the chemical have left several requiring continued medical care.

Nokia said the n-hexane was not used on its production lines but that it had ensured measures were taken to protect workers’ safety at the plant in Suzhou, Jiangsu province.

It is not clear why Wintek started using n-hexane to clean screens instead of alcohol, nor when it did so, although the health problems appear to have surfaced in July. The issue gained attention when 2,000 workers from the factory went on strike last month over a pay dispute and cited lingering anger about the chemical incident.

Deng Yulong, a 19-year-old worker, told Chinese Central Television she became sick soon after starting work at the plant. She suffered from weakness and severe headaches and fainted twice in the factory.

Repeated exposure to the chemical at high concentration can cause nerve damage and muscle weakness, with symptoms in severe cases lasting for as long as two years.

A spokesman for Wintek said that “almost all” of the affected workers were back at work but that some remained in hospital. He could not say how many had recovered.

He said that n-hexane was commonly used in the industry, adding that the problems arose because no prior evaluation of the plant was carried out. Because some areas were not ventilated, the concentration of the chemical built up and poisoned the workers.

The spokesman added that the company had paid the workers’ medical bills and regular wages, topped up with food and nutrition supplements amounting to more than their usual wage.

In a statement, Nokia confirmed the Suzhou factory provided parts for its handsets, but said n-hexane was not used in manufacturing its products or their components.

It said: “We became aware of the allegations regarding the use of n-hexane in July 2009 and started our investigation immediately. Although it was confirmed that the n-hexane was not used on our production lines at the supplier … we agreed on a development plan for health and safety management at Wintek’s Suzhou factory and a series of corrective measures have been taken since then.”

The company added: “Nokia firmly believes that all employees have the right to ethical and legal treatment. The health, safety and wellbeing of our employees are vital to the success of our business.”

It said it expected suppliers to take a similar approach and demonstrate their progress in these areas, working with them to go beyond legal compliance to meet the company’s standards.

A spokesperson for Apple confirmed that the company had received the Guardian’s email queries, but no response was forthcoming despite repeated phone calls. Wintek says it cannot identify its clients and Apple does not normally comment on suppliers.

Chinese media have reported workers’ claims that colleagues died from exposure to the substance, naming one possible fatality, but the local government and Wintek says that no one died of n-hexane poisoning.